Digital Design Lead Sarah de Jager rather philosophises about the future than just sticking with the trends. And rightly so, as our interfaces are continuously evolving. We talk to her about experimenting with and adapting to an ever-changing digital landscape.

As a digital design team, we mostly work on designing digital platforms, such as websites and apps, while the branding team creates the visual identity of brands.

But that doesn’t mean there is no overlap between the two fields. When we work on a digital platform as a part of a rebranding, for example, I often join the brand trajectory too. This makes it easier to answer practical questions early in the process, like: Is the typography readable on a website? Are the contrasts right? What elements do we need? How would this work visually on a social media and marketing level?

The digital landscape is continuously evolving. How does that impact leading a digital design team?

Of course, we’re up to date on the latest technology trends and we implement those in our designs. But I’m always looking for more ways to be at the forefront. I’m interested in futuristic technology such as Augmented Reality and Virtual Reality, and I push the team to try new things and new software. When we’re developing new interfaces, I always try to look further than just websites.

What does the digital design process usually look like?

After a visual identity is finished, we move into the UX phase. We often do a backlog session or a user journey session before we start wireframing. What does the client want? What does the user need? We take the outcomes and translate them into wireframes.

Based on the wireframes and the overall visual identity, I create the visual layer. I sketch a lot in Figma, and I create different variations to try what works best. I usually take one element like a CTA button or a landing page and test that with the client during a sprint day. This allows me to get valuable input from the client, such as whether they want a light or a darker website, and their view on certain elements. After a couple of those sprint days and talks with the client, we often come to a result that we both believe in.

What are the biggest challenges along the way in the digital design process?

In the end, it’s the user who has to like and use the website. But what the user wants doesn’t always align with what the client needs. It’s always a challenge to convince clients to take the right option for users. Sometimes design feels like a taste thing, and it partly is, but it also has real effects on the use of a platform.

Another challenge is that people have a tendency to stick with what they know. So when you suggest something that’s more futuristic or out of their comfort zone, it’s harder to convince the client to go for that option. It often has to do with budgets and priorities too. For example, when we work on a so-called ‘experience website’, it takes some convincing to put a lot of resources into just one element and to build the trust that the result will be worth it in the end.

What is a project you’re really proud of?

I really liked working on the Dutch Design Week platform. We planned on giving the platform just ‘a little facelift’, but together with the client we kept on developing, and eventually decided to redesign the whole platform.

For the online version of the festival, we developed 3D rooms that designers could use to showcase their work. I’d never built an interface for a 3D experience, but I was given the complete freedom to research and try new things. I explored different options, such as using a VR headset, but in the end, we went for an implementation we could realise in a relatively short time, as our time schedule was tight.

There were a lot of things to consider along the way, like: Does it have to be a 180 degrees room or 360 degrees? And as there literally were thousands of designers that had to work with the rooms, the 3D rooms had to be really simple and multi-functional. After the launch, it was really fun to see all kinds of designers trying it, from digital designers to ceramists and poets.

How do you facilitate trying new things and experimenting as a team?

The team is very eager to experiment and we facilitate that by doing internal projects together. Lately, we’ve been experimenting with processing, a tool to code within a visual context. Let’s say you want 600 circles on a homepage with a certain varying width next to each other. Doing this by hand would be tedious, but with processing, it suddenly becomes easy and saves you a lot of work. And we encourage each other to use these experiments and newly gained knowledge for client projects too.

Next to doing these experiments, we host workshops and try to learn from each other’s skills. We have our own ‘Screenshots Fired’, where we show each other our progress on projects and give each other feedback. And we also host a ‘Creative Café’: a workshop surrounding a certain topic, like motion design or typography.

How do you develop yourself professionally?

It really speaks to me that Verve is making an effort to share knowledge and to share the opportunity to learn. From the start, I had the feeling the management team respected me and took me seriously. It was quite unexpected that I got offered this leadership role, but I was really enthusiastic and eager to learn more. I’m really glad that they trusted me and gave me freedom from the beginning. They listened when I had suggestions, they gave me the tools to execute them.

Where do you draw your inspiration from?

Of course, I follow blogs such as It’s Nice That and Awwwards. But I’m also a bit of a nerd. For example, I’m really interested in film interfaces. I mean that in a literal way: the screens and interfaces people use in films. I like the crazy interfaces of the anime Neon Genesis Evangelion, for example, or the interfaces in Blade Runner and Ghost in the Shell. Seeing characters swipe and scroll through futuristic interfaces really excites me.

Next to that, I keep an eye on businesses such as Space X or the robots of Boston Dynamics. It gives me a sense of what might be possible in the near future.

Eventually, interfaces will be nowhere and everywhere at the same time.

What digital design developments do you foresee for the future?

It’s hard to get really specific, but I think technology will be a lot more integrated with daily life. Right now, everyone has a mobile phone and a laptop, but in the future, we’ll be using augmented reality for the same applications. I think everything will be a lot less object-focused, and we’ll move to a more continuous presence of technology.

As designers, we’ll have to design for those kinds of new products, whether that’s a Boston Dynamics’ robot or a TeslaBot. And eventually, interfaces will be nowhere and everywhere at the same time.

Just as excited about design and technology as we are and ready to shake up the status quo? 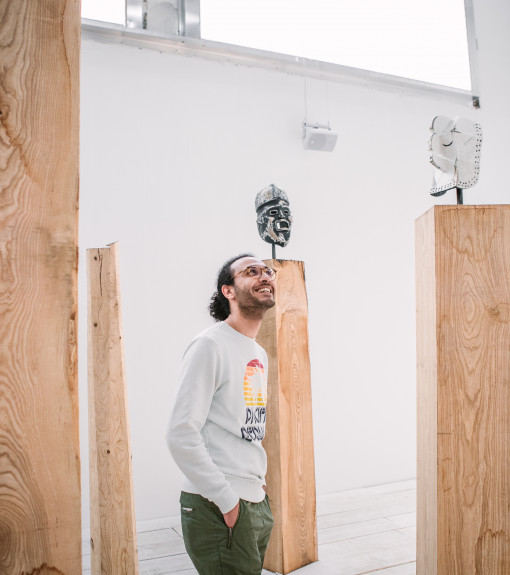 Why we took the Verve team on a trip to Paris 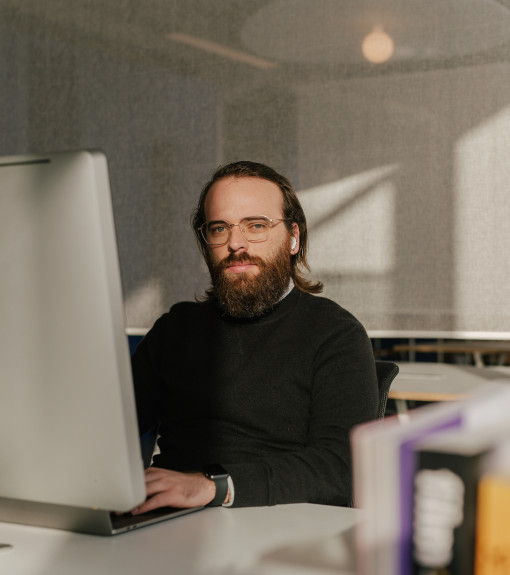 Tech Lead Giovanni Marchese: 'As a team, we're not scared to try new technology – we do that often' 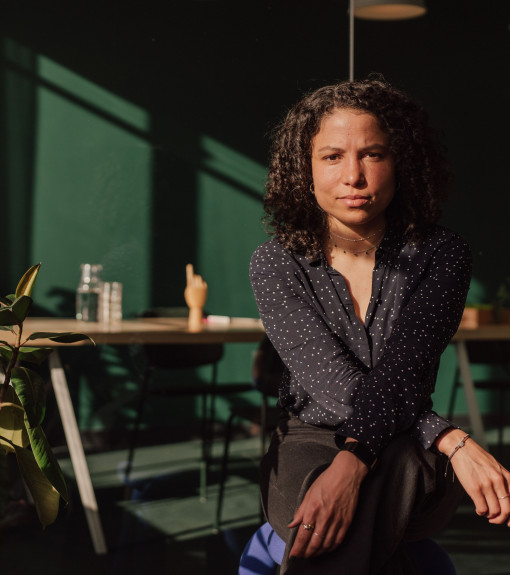 Digital Producer Yira Rodriguez Garcia: 'It's all about partnership and respecting each other'